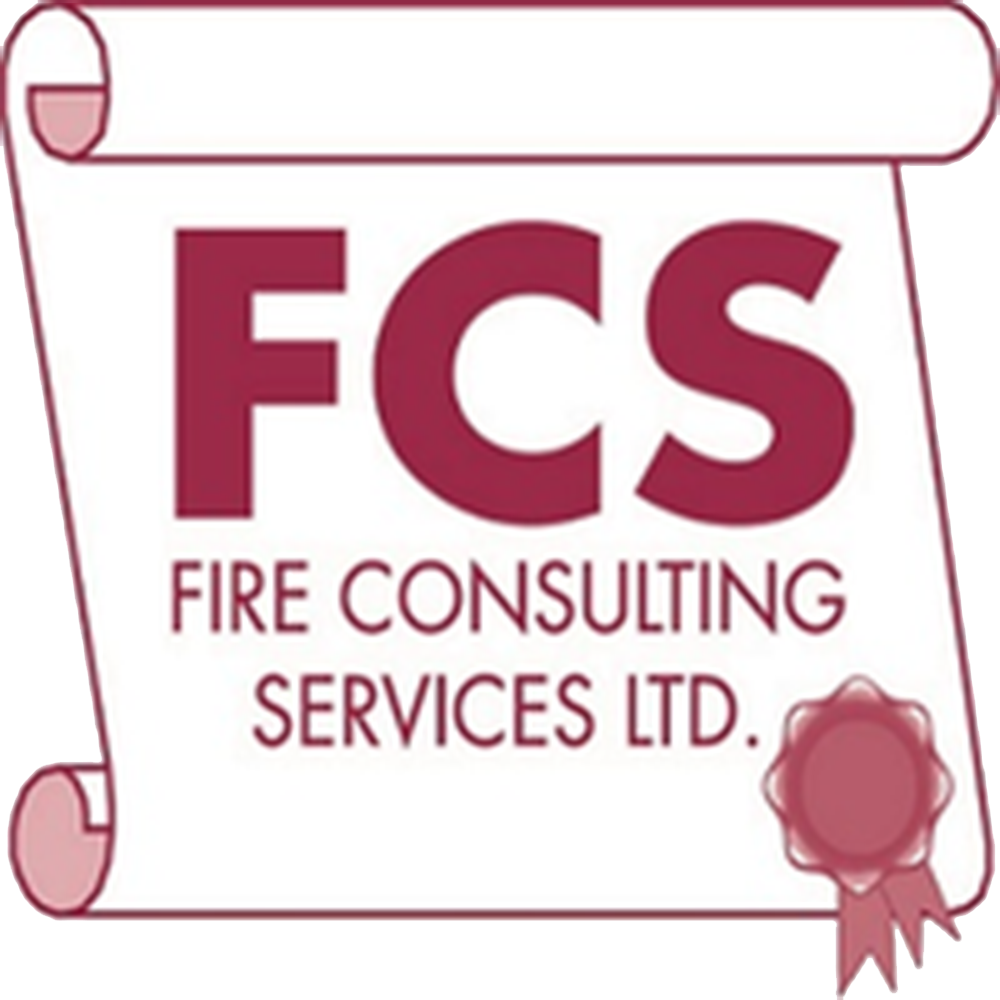 The implications of false fire alarms in condos

Once a fire alarm in a condominium is determined to be a false alarm, residents are likely to feel relief. After all, there is no real danger. However, for condo managers, a false fire alarm results in a slew of new issues. What happens when a fire alarm goes off at a condominium when no smoke or fire is present?

It could be a maintenance issue: the fire alarm could be experiencing electrical or mechanical failure, or an equipment malfunction. It could also be a result of improper maintenance, such as a dirty smoke detector or an aging system. Nuisance alarms, as they’re called, may also be caused by a leak in the sprinkler system, which trips a flow switch, resulting in the fire alarm going off. These are often the top causes, according to Michele Farley, president of FCS Fire Consulting Services Ltd.

“The implication for the building is that the building experienced a significant event that must be evaluated,” she says. “The nuisance fire alarm may be an anomaly and an isolated event, but it could be a sign that something is going wrong and management will have to evaluate the cause.”

Or, nuisance alarms could be a result of something more sinister. “Another concern, which is not uncommon, is vandalism, or a deliberate initiation of the alarm,” says Farley.

Douglas Baker, a condominium manager with Crossbridge Condominium Services, experienced two nuisance fire alarms last year due to attempted bike thefts in the parking garage. In both cases, the perpetrators activated the alarm in order to exit the locked parking garage.

“[Nuisance alarms] take away firefighters who might be missing an actual call,” notes Baker.

Even if the building is safe, false fire alarms may impact residents’ perception of the condominium if they are set off with some regularity.

“It may give a sense of an unsafe building, or the perception that proper maintenance is not being carried out, if there are a number of fire alarms. It’s a disruption,” Baker adds. “It just gives a sense of instability, and maybe people who move in think this may not be a good neighbourhood if people are pulling fire alarms. It’s obviously something from that perspective that you don’t want.”

The rule of thumb is, if smoke and/or fire is present, the condominium is not charged a vehicle fee for the fire department to investigate. However, nuisance alarms follow different rules.

“Each building receives one free false alarm per year,” Farley says. “So, if you just have one and the fire department can’t find anything wrong, they won’t know what caused it but there is no fire. The incident goes into the municipal system as the building’s one free alarm. The next time it goes off, [the building is] charged.”

Currently, Farley says the average nuisance false alarm fee in a high-rise condominium is $1,396.25 per dispatch, as alarms at high-rise buildings are often attended by three vehicles. For smaller condominiums, low-rise or townhomes, the fire department charges $465.42 for each attending vehicle.

Farley also notes that the condominium corporation can be charged with failing to maintain the fire alarm system in operating condition, pursuant to Article 6.3.1.4 of the Fire Code. The condominium corporation and property management company can be held responsible for nuisance alarms or persistent troubles with the fire alarm system, even if they are not sure what is causing them.

Fire department charges can also proceed to court and result in a summons when there have been multiple occurrences. Any individual who has care and control of the building is considered an owner as per the definition in the Ontario Fire Code, so property managers and the property management company, supervisory staff and even the board of directors and the building’s superintendent can be charged up to $100,000 per count and two years in jail, as permitted under the Provincial Act. However, Farley notes fines are generally not that high and jail time is exceedingly rare, unless in the cases of a serious fire that results in loss of life or significant repeat offences.

If the alarm was not caused by a vandal, a service company should be called in to evaluate what caused the nuisance alarm. If the service company can’t determine the problem, condominium managers may want to turn to a consulting firm to do a fire alarm technical assessment of the building to see if they can determine what the cause and risk is.

If nuisance alarms are being caused by someone pulling a pull station, however, it is possible to have some of those costs reimbursed – provided condo managers follow the recommendations set out by the fire department in order to reduce the occurrence of false fire alarms.

For Baker, whose building experienced two theft-related nuisance alarms and two that were triggered by contractors in 2018, the City of Toronto Fire Services department sent him a letter noting a few different options to pursue to cut down on the number of nuisance alarms triggered in his building.

Some of the City of Toronto Fire Services department’s recommendations include the installation of security cameras, employing security personnel to patrol the building, organizing tenant groups to act as fire wardens in troublesome buildings, posting letters signed by the Fire Chief warning people of the dangers associated with false alarms, and installing covers over pull stations, which is the method Baker employed.

According to the Ontario Office of the Fire Marshal and Emergency Management, the province has a stay-or-go policy in place for residents of high-rise buildings. Although the Office recommends residents leave the building as soon as possible after the fire alarm is triggered, residents are within their rights to stay in their unit.

“People can stay, but they are supposed to take specific measures that are outlined in the fire safety plan,” reports Farley. “So people may decide to stay, and that may or may not be the right decision, depending on whether it’s really a fire or not.”

Although nuisance alarms often pose little risk to public safety, if they are set off frequently, it may cause residents to begin to ignore them, even those that are legitimate. While leaving is always the safest option, with an aging population, it is not always possible.

“If you can’t see fire or smell smoke, it may mean that there’s no fire and you’re not in harm’s way, or it just may mean that it’s not on your floor,” she continues. “We’re running into a really serious problem with the aging population because we have buildings where the majority of the people cannot leave. At this point it’s a personal choice. Because of nuisance alarms, a lot of people prefer to just stay in their suite and wait and see what happens next. That’s a common reaction.”

What can be done?

Farley recommends using a qualified service provider to conduct both monthly and annual fire safety plan maintenance requirements. She also advises that for any testing and repairs, to mandate prompt records from the service provider and keep any related documentation, in case the maintenance of the alarm system is called into question.

“If the service company cannot seem to find the source [of the nuisance alarms], look to a technical assessment by a consultant or third party to see if they can determine where the problem is,” instructs Farley. “At the end of the day, it is life safety and the fire alarm is in place to save people’s lives.”

In addition, proper training for staff is important as they are the ones that are responsible for a significant percentage of the fire safety plan’s Fire Code requirements and will need to take charge in the event of an actual emergency. They should be trained regularly, knowledgeable on the test requirements and service reports required in the building and well-informed on the most up-to-date fire safety measures.

Farley finds that the majority of buildings get their training from the fire alarm company, which is equipment-centric. However, proper fire safety training includes fire drills, sprinkler maintenance and other areas in the building that demand attention. It also includes the distribution of a fire safety plan to all residents upon moving into the condominium, which should also be posted online and distributed annually in a newsletter.

Another option, which Baker is considering for the building he manages, is arranging meetings with building occupants. “It’s a good idea anyway with regards to emergency procedures in the case of an actual fire alarm and it can be mentioned during that meeting that false fire alarms do cost us,” he says.

To prevent mechanical failure, Farley recommends following the fire safety plan’s stated testing intervals for both the fire alarm and the sprinkler system. Ultimately, if nuisance alarms continue to occur and all steps have been taken, a third-party consulting firm may be able to help.

Over 50 percent of mandates in the Fire Code are the responsibility of a building’s supervisory staff, so proper training of life safety systems and Fire Code responsibilities and remaining on top of the condo’s fire safety plan is of utmost importance. After all, next time it may not be a false alarm.

Whether you have some questions for our team or want to request a proposal, let us know and we’ll be in touch soon!

Stay in the know by subscribing to our newsletter!

As a company whose business revolves around Safety and Prevention, we have been monitoring the COVID-19 situation as it unfolds. We have developed internal and external policies to keep our team and yours safe. We will continue to monitor this situation and are continuing to develop a variety of contingency plans which we will activate accordingly as necessary.
What we are doing to keep our team and yours safe:
What we ask of you:
We have every intention of continuing regular operation, with the safety of your team and ours being the top priority. We are taking steps to ensure no on-site services are impacted, however, will re-scheduling if necessary, based onsafety concerns or if quarantines are mandated.
The health and safety of both our team and yours is of the utmost importance. If you have any questions about our policies or would like to request more information about them please reach out to our team at Admin@fcsfire.com